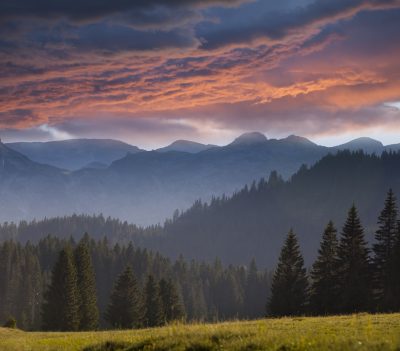 Two mystical theologians who are honored by both the Latin and Orthodox churches are the Greek abbot Symeon the Theologian (C.E. 949-1022), and Gregory Palamas (C.E. 1296-1359). Both writers fall within the Eastern tradition that emphasizes the possibility of deification, divinization, and a complete communion with God. The well-known formula to which both Symeon and Palamas subscribe says that “God became human so that humans could become divine.” Writers in this eastern tradition highlight the Transfiguration of Jesus on Mt. Tabor as the paradigmatic Christian experience, an event that is promised to all believers. This transfiguration and deification of believers is understood to involve the whole person, including the body. And so it is significant for Symeon and Palamas that when Jesus became transfigured, “his face shone like the sun, and his garments became a radiant white.” This characterization of holy Presence echoed the experience of Moses whose face shone as he “talked” with God (Ex. 34:29 & 35).

The light that shone from Jesus’s body and clothes was understood to be something real, an actual glimpse of God’s Presence, and not merely a metaphor or symbol. This was the light of the Holy Spirit radiating from Jesus, and in this light the disciples experienced awe, fear and a window into deep time. In this illumination of the Spirit the disciples saw Moses and Elijah talking with Jesus because God’s time does not pass by, and the past and future are glimpsed in this present Now.1

Symeon and Palamas reflected on the possibility of making direct contact with God by completely opening their ego consciousness to divine consciousness. Both men begin their explanation of spiritual development by saying that God infinitely transcends human experience. Palamas said, for example, that God is not only unknowable, but that God is actually “beyond the unknowable.”2 And yet. . . .while God in God’s essence (ousia) is unknowable, God freely shares God’s “energies” (energia) with those who seek God. These “energies” are an experiential bridge between the infinite and the finite, the sanctifier and the sanctified, the Trinity in itself, and the vestigia trinitates in which we are made. God is totally transcendent, and yet this transcendence is not somewhere else, but right here in creation and in human experience. So God is the Beyond Within.

When Christians perceive these holy energies they are knowing God by way of unknowing the God they thought they knew. It is the light of the Spirit that makes this new way of knowing possible. Now followers of Jesus are enabled to see the created world from within the infinite darkness of the Holy Trinity whose “dark” light illumines all things. Augustine had defined the Holy Spirit as the love that flows between the Lover Source and the Begotten Son. Symeon and Palamas would define the Spirit as the Sanctifier and Deifier, the holy Presence by which “the formless form” of holy Light transforms seekers in the dark unknowing of the mystical path. These theologians were not bothered by all the apparent contradictions in their descriptions of spiritual experience. Spiritual development is a journey into the holy land of paradox. As Palamas said, “’to say now one thing and now another, both being true, is natural to any man who would theologize aright.”3 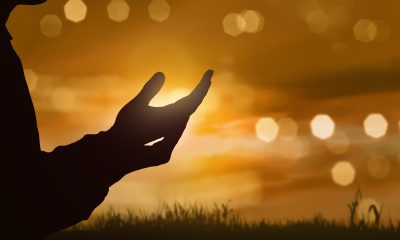 Even though many mystical theologians of the first millennium such as Symeon and Palamas used the metaphor of “energies” to describe the bridge to God’s “essence”, the Spirit passageway is not impersonal. “Energies” is not meant to be something like electricity but rather like an enervating Presence. The Holy Spirit is a very personal Presence, a “Thou” in the Martin Buber sense of the word. Thus Symeon could exclaim to the Spirit using the personal pronoun, You:

You appeared from above, much greater than the sun and You shone brilliantly from the heavens down into my heart. . . . O what intoxication of light, O what movements of fire! Oh, what swirlings of the flame in me, miserable one that I am, coming from You and Your glory! . . it is Your Holy Spirit, . .I fall in adoration before You. . .I thank You that You, even when I was sitting in darkness, revealed Yourself to me, You enlightened me, You granted me to see the light of Your countenance that is unbearable to all. . .I remained seated in the middle of the darkness, I know, but while I was there surrounded by darkness You appeared as light, illuminating me completely from Your total light. . . .And I became light in the night, I who was found in the midst of darkness. . . .Likewise I am in the light, yet I am found in the middle of the darkness. . . .Oh awesome wonder which I see doubly, with my two sets of eyes, of the body and of the soul! Listen, now. I am telling you the awesome mysteries of a double God who came to me as a double man.4

Symeon and Palamas spoke of becoming “a double man,” another creative metaphor to express the coincidence of opposites that is effected by the Holy Spirit. Entering into the darkness to find the light; allowing oneself to be bathed in the light of the Spirit in order to know the dazzling darkness of God; becoming most deeply, honestly and merely human in order to become more than human, by Grace. Of Christ, Symeon declares, “He took upon Himself my flesh and He gave me His Spirit and I became also god by divine grace, a son of God by adoption. O what dignity, what glory!”5

2 Palamas quoted in Pelikan, Jaroslav. The Christian Tradition: A History of the Development of Doctrine. Vol. 2: The Spirit of Eastern Christendom (600-1700). Chicago: The University of Chicago Press, 1974, p. 265