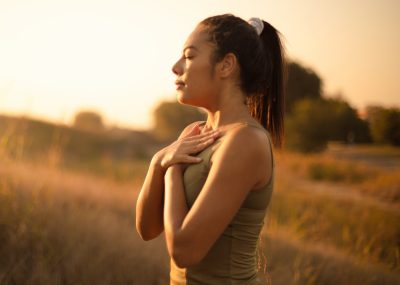 The Creator (First Person) cannot be known by words that are fixed to the material world. The Creator can be known only by our intuitive and heart-centered ways of knowing, a mystical path often called the way of unknowing. One of the first women to write of this spiritual journey was Marguerite Porete, a French nun. Her book, The Mirror of Simple Souls, traces a developmental path that leads to union with the Divine. Marguerite drinks deeply of Scripture and the contemplative writers who proceed her. Using the language of love poetry, she maps out a trajectory that eventually leads her to sense that she has disappeared into God.

Marguerite is convinced that the only way to understand the One who surpasses understanding is for us to become nothing. “Nothing” refers to relinquishing self-centeredness and self-consciousness. In the early stages of this transformation, spiritual practice emphasizes detachment and the conformation of one’s will to God’s will. This is partly an intellectual effort and partly an effort of pure love. Marguerite writes that as a person’s contemplative practice deepens, one feels that God is doing everything in one’s soul and infusing all one’s behaviors. Marguerite emphasizes a growing sense of freedom and joy, and a sense that one becomes “unencumbered” of worldly cares even while feeling more intimately connected to others. Marguerite’s ultimate dimension of awareness–her “nothing”–can be understood to reflect the self-emptying (Greek: kenosis) of Christ, as we read in Philippians 2:7. Buddhist scholars who study Porete’s writings, suggest that her “nothing” and Jesus’ self-emptying mirror the experience of sunyata (Sanskrit: emptiness, voidness or ultimate spaciousness).

In coming to perceive ourselves as mystery, we learn to perceive God as Mystery—a category of presence and knowing that is called the First Person of the Trinity. We learn in prayer to focus our awareness on receiving God’s infinite love and on letting that love burn within us like a fire. We might light this fire by whispering “I love you” to our Mother Source, with each breath. Marguerite picks up on the themes of theosis (divinization, as described in the Orthodox tradition), when she claims that the distinction between oneself and God can dissolve completely. One is reminded of a similar Hindu analogy when she uses the analogy of a river flowing into the sea, wherein our person ego-self is ultimately dissolved in the sea of God’s Self–where it already is:

And if she is thus unencumbered in all aspects, she loses her name…. And therefore she loses her name in the One in whom she is melted and dissolved through Himself and in Himself. Thus she would be like a body of water which flows from the sea, which had some name, as one would be able to say Aisne or Seine or another river…. [but] now such a Soul is without a name, and because of this she has the name of the transformation by which Love has transformed her. So it is with the waters of which we have spoken, which have the name of sea because they are wholly sea as soon as they have entered into the sea… So it is with those of whom we speak, for Love draws completely their matter into herself. Love and such Souls are one thing, no longer two.1 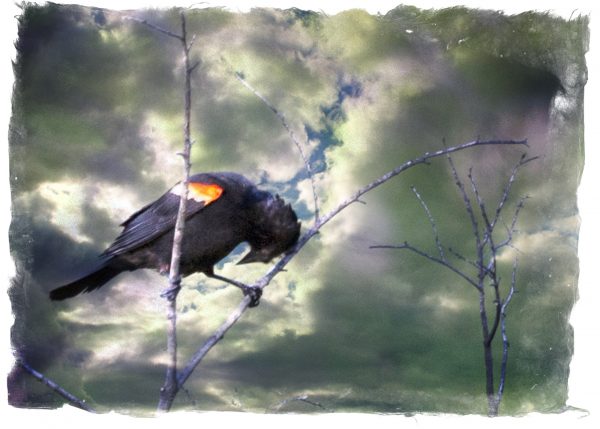 When we are dissolved in Divine Love, there is no longer a perceptible distinction between one’s own will and God’s will. Our everyday self-identities gradually dissolve, and we become a new Self that manifests only God’s Love. Marguerite speaks of her soul being “annihilated” in love, having entered “the abyss of her humility.” In this union, the soul is “emptied” of all self-identity, and self-will.

Of course, from a psychological perspective, one must be careful not to let the ego get ahold of this idea that our will is God’s will. This is a subtle existential, intuitive experience that must be free of ego-self. Marguerite’s radical ideas about our divinization in God eventually led to her being tried for heresy and condemned in 1310 to being burned at the stake. Her life mirrors the unfortunate tragedy of many spiritually mature people who were considered suspect by religious authorities who feared that persons like Marguerite would become grandiose, and abandon their religious institutions and traditions.