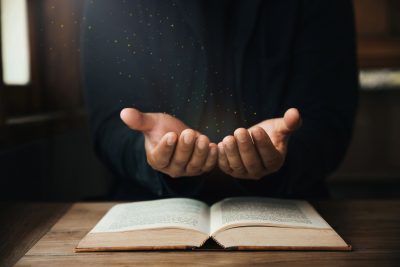 Another mystical theologian of the First Person Unknowing path was Maximus the Confessor who is known as the father of Byzantine theology. Maximus had studied the Cappadocians, Evagrius, Origen and Pseudo-Dionysius. He spoke of the danger of “passions” by which he meant any inordinate attachment or aversion to things, thoughts or experiences. Again, close attention to one’s thoughts is highlighted as a kind of battleground between good and evil. “Do not misuse thoughts, lest you necessarily misuse things as well. For unless anyone sins first in thought, he will never sin in deed. . . . Some thoughts are simple, others compound. The simple are without passion, but the compound are with passion, as composed of passion plus images.”1

It is always difficult to project backward into the meaning of certain words and phrases from earlier centuries. Still, when we read Maximus, we can easily imagine that considered cognition as natural and a great gift of the Creator. But it’s also easily to imagine that he’d agree, that when we are not watchful and careful, the simple flow of our thinking combines with other trains of thoughts and bundles of emotion and images to create seemingly solid compounds of action-thoughts that drive our behaviors, behaviors that may inadvertently cause great harm. In order to comprehend the reality of the holy Unseen, one must bring a disciplined, loving attention to thoughts, allowing one’s attachments to ideas, opinions and theories to pass through, “owning” none of it. “For the one who has not put off attachment to the material world will have tribulation at every turn because he changes his mind along with whatever changes by nature.”2

When Maximus and other mystical theologians use the phrase “material world,” they refer to objects of the senses or objects of awareness–anything physical, mental or emotional to which one can be attached, and around which one can build up a false identity separate from the Divine. He is not saying that the material world is bad, but that our attachments to one’s sensory experiences can hinder one’s freedom to be more consciously in God.

Many Christian leaders and theologians are heir to dualistic Platonic, Gnostic and Manichean visions whereby nature and our bodies are considered evil, mere temptations or ancillary to our spiritual journey. But for Maximus and others the focus is not on the body and the physical world per se, but rather on our relationship to it.3 All objects of the senses, awareness and thoughts are good in themselves, but when we are attached to them, we suffer unnecessarily and we cannot see the reality of the holy Unseen that lies beneath and within all that is.4 When we make the physical world more solid than it is by attaching to it, we can’t see through it to the Divine presence.