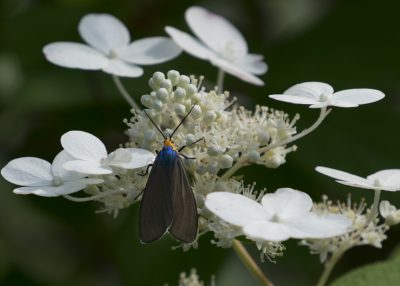 Thomas Merton, the Trappist monk and author, explored First Person mysteries when he researched the Patristic writers called “Desert Fathers” and people such as Evagrius Ponticus (345-399 A.D.) Evagrius a Christian monk had developed the apophatic (without images) theme in his focus on the practice of prayer. He was familiar with Gregory of Nyssa’s writings, and having spent a lot of time in silence himself, provided his readers with a detailed map of spiritual perception and practice. Evagrius wrote for people who felt drawn to the gnophos of God, and he felt that the only way to dwell inwardly with the transcendent, invisible Creator was to take up an ascetical practice he called praktike. Praktike requires a deep basic intention to love God and to open oneself to God’s ever-present eternal love. Passions, ambitions, greed, self-love and attachment to sensations, pleasures, thoughts and material things get in the way. One must prune away everything that is non-essential and release every attachment that is a barrier to God’s love.

Evagrius was a kind of early Christian shaman psychologist. He was a shaman in that he felt that our world is populated by good and evil forces and presences, but he was also a modern psychologist or Buddhist meditator who gave keen attention to how certain thoughts and feelings combine to shut us down and shut us out of fruitful solitude and rewarding relationships. Evagrius used colorful, magical metaphors for the power of intimate awareness in our bodies and minds: to allow self-centered thoughts to linger in oneself is like giving free reign to a scorpian in our hearts. Conscious attention and intention is like a fire that melts the congealed wax of evil, wayward and troublesome thoughts. 1

Evagrius is one of the first Christian writers–after the official scripture canon had been decided upon–to explore the consciousness of the First Person. He called this the contemplative way, and the knowledge of God’s “dark” presence that one acquires in solitude, theologia. He is one of the first mystical theologians, and his naming of the stages of ascetic spiritual development–purgative, illuminative and unitive–have been used by generations of Christian seekers. In the purgative stage we become aware of, and let go of, our attachments to images, ideas, emotions, thoughts and memories. As we do this unburdening, God partners with us to cleanse our inner experience, restoring us to what some Zen teachers call “your face before you were born.” We are then illumined with love, or enlightened.

In the purgative stage of spiritual practice, one’s self-centered experience is gradually dissolved. In the illuminative stage an inner light radiates throughout one’s experience—no matter if one is aware of pleasant or painful things. Now, one perceives a Divine Presence in every detail of one’s life: in relationships, in silence, in nature, in driving and in the washing of dishes. And finally, in the unitive stage one enters into the dark cloud of unknowing where one no longer makes a distinction between oneself and God. One intuitively perceives the Infinite in every finite moment. Now, in our detachment, God can move freely throughout our creaturely lives, darkly illuminating our senses and reason, healing us and touching others. On the intellectual level, this practice and discipline is called “negative theology,” which indicates special attention to what God is not: God is not this and not that because God is the holy Source of all thises and thats. In Hinduism and in particular Jnana Yoga and Advaita Vedanta one finds a similar teaching called neti neti (Sanskrit: not this and not that). 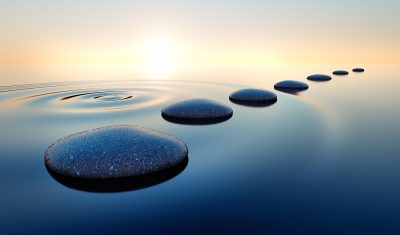 What Evagrius and his mentor, Origen (185-254 C.E.), taught us is that when we follow this ascetic path of purgation, watchfulness and devotion, God becomes gradually more knowable, but not in a cognitive, objective way. This is a wholly different kind of knowing because what is being known is beyond our thoughts, concepts, images, memories and imagination. It is the deep background of all these things. For Evagrius, the knowledge of God is a wholly luminous “infinite ignorance,” an embracing amorphia (formlessness) within and beyond our ordinary lives. Evagrius–and his Orthodox followers–would call this gradual awakening to a new, transcendent knowing a process of divinization (theosis). He would say that at birth we are already manifesting the image of God, and now, because of our own efforts as free beings who choose to surrender to God, we are attaining to the likeness of God, manifesting God’s grace and love in everything that we are and do.

The path of theosis is how one can come to know the Trinity. But again, this is a kind of knowing that moves beyond knowing about something. This kind of knowing is a becoming. The Holy Trinity is not an object in our cognitive inner space, and not anything out there that we can see, hear or touch objectively. It is not a noun. The Holy Trinity is a Presence within our presence, a way of being and a consciousness that we are being invited into, in each moment. It is a knowing that can only be obtained by an intellectual unknowing, and a knowing of the heart. And because the emphasis is on purging ourselves of all attachments and becoming free of self centered perception, we can only “know” the Trinity by unknowing and loving ourselves, others, and God.

We are not who we thought we were when we began this journey into God. We are becoming unknowable to ourselves, and it is only from this “un-place” within us that we can perceive the unknowability of the One who creates us. This is the practice of the First Person of the Trinity.