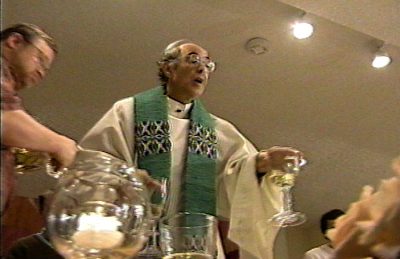 Henri Nouwen was a Roman Catholic priest from Holland whose bishop assigned him the parish of the whole world. While living in the U.S. and Canada for most of his adult life, Henri served as a pastoral counselor, a spiritual director, a university professor, and a chaplain to communities for the handicapped. A sought-after preacher and speaker, he also wrote about thirty-five widely read books on the spiritual life.

Henri’s spirituality centered on the Second Person of the Trinity, Jesus of Nazareth. He was continuously drawn to that dimension of God that is embodied in Jesus and that continues to abide in and around us as the I-Thou Presence of God. Although Henri focused on Jesus, he also invited his readers to see through Jesus to the ultimate Source of Jesus’ identity, the Father (the First Person). He was likewise eager for us to understand that Jesus’ story is our story. In his book, Our Greatest Gift, he encouraged us to see ourselves in Jesus’ compassionate way of living, but also in his way of dying:

Pie Jesu by Fauré, performed by Robert A. Jonas on shakuhachi and Jacynth Hamill voice