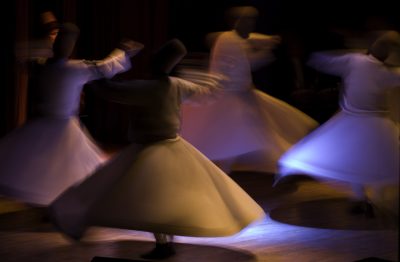 Four hundred years after Pseudo Dionysius the role of the Holy Spirit was explored from yet other interesting dimensions by the Irish scholar and mystic John Scottus Eriugena. Eriugena studied the works of the Cappadocians, Pseudo-Dionysius and his own Irish forebears such as St. Patrick (390-460) and St. Columbanus (543-615; founder of Iona). Eriugena felt that Nature itself is a sacred book. In fact, if it weren’t for the Fall of humans away from the Divine, the Gospels wouldn’t be needed. It would be clear to everyone that Nature manifests God.

Eriugena knew nothing of modern scientific evolution, but like the neo-platonics before him, Eriugena sensed a dynamic evolving movement in nature. He experienced all of creation as continuously appearing out of a sacred Nowhere, struggling to align itself with the qualities of its origin, and then returning into the sacred Nowhere. God is the great Mystery within which creation is continuously appearing, and since all things are emerging from the sacred Nowhere, all things are transparent to God. All creation is a theophany, a divine manifestation that can only be perceived when one’s heart, soul, eyes, and ears are aligned in the Holy Spirit. Eriugena is a master craftsman of the divine-human paradox, sometimes sounding like a First Person mystic of the Mystery, as when he writes,

For everything that is understood and sensed is nothing else but 1) the apparition of what is non-apparent, 2) the manifestation of the hidden, 3) the affirmation of the negated, 4) the comprehension of the incomprehensible, 5) the utterance of the unutterable, 6) the access to the inaccessible, 7) the understanding of the unintelligible, 8) the body of the bodiless, 9) the essence of the superessential, 10) the form of the formless, 11) the measure of the measureless, 12) the number of the numberless 13) the weight of the weightless 14 the materialization (literally “thickening”) of the the spiritual 15) the visibility of the invisible, 16) the placing of the not-placed, 17) the temporality of the timeless, 18) the definition of the infinite, 19) the circumscription of the uncircumscribed.1

This luminous, inclusive vision, woven of linguistic paradoxes, mirrors the famous line in the Buddhist Heart Sutra, that “form is emptiness and emptiness is form.” Among the mystical theologians this paradoxical language is not mere wordplay but rather an actual (contemplative or mystical) experience that can only be glimpsed when one relaxes the rational “either-or” categorical mind. The resonance of paradox is strewn throughout the Gospels: “The last will be first, and the first will be last,” (Matthew 20:16); “for power is made perfect in weakness,” (2Corinthians 12:9); “Whoever finds his life will lose it, and whoever loses His life for My sake will find it,” (Matthew 10:39); “We are treated as impostors, and yet are true, as unknown, and yet are well known, as dying, and yet alive, as punished, and yet not killed, as sorrowful, yet always rejoicing, as poor, yet making many rich, as having nothing, and yet possessing everything. (2Corinthians 6:8-10); “Very truly, I tell you, you will weep and mourn, but the world will rejoice; you will have pain, but your pain will turn into joy,” (John 16:20).

And yet, we find Eriugena in the domain of the Third person because for him, the Holy Spirit is the personal power and presence that helps one to resolve all the troublesome conundrums of lives that can’t be managed merely by reason. Eriugena was convinced that as we journey into the world in the Spirit, we gradually see as the Spirit sees, and desires what the Spirit desires. Being “in the Spirit” is not like a possession that takes over a person. Rather, the Spirit is like an inner light that empowers people to be more present in each moment and to bring a more disciplined, detailed and care-full attention to whatever and whomever one is with. Eriugena sometimes used the name Spirit of Truth. Under the influence of this Spirit a person finds courage to investigate his or her assumptions and opinions for the germ of truth.2 The Spirit of Truth guides a person out of the cloud of one’s habitual judgments into reality itself. Contemplative practice in solitude gradually opens one’s awareness to see and appreciate the “otherness” of a person or a natural scene, but in a way that simultaneously conveys a sense of intimacy and oneness with the other. 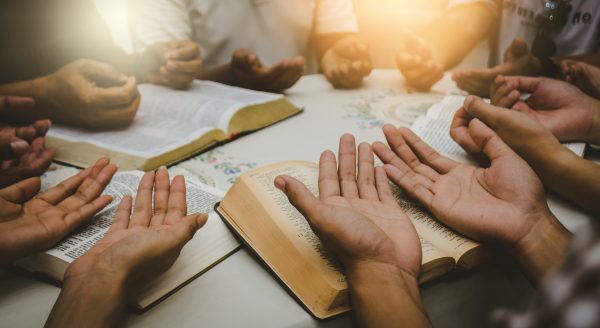 By the Spirit persons come to “know” less and less for certain as their opinions and judgments dissolve into the play of immediate awareness. A person feels as if he or she is entering a kind of darkness that is also illuminated by a vast unseen Light.

For Eriugena, God is not totally, ontologically separate from creation. Because of this, some religious authorities have accused him of being a pantheist, one who says that Nature is God. But this is a misinterpretation. Eriugena would more likely be a panentheist, one who experiences the divine presence as infusing and interpenetrating all of creation while also being distinct from it. Eriugena said that yes, God is infinite, and creation is finite and other than God. But, he adds, God creates the “other” of creation within Himself as an expression of His deep, ultimate relationality, and as an opportunity to experience the other as a free being distinct from Himself. God did not create the cosmos and then put it outside Herself; rather God creates everything from within Herself. God makes space for otherness within Herself. Also, we are not created as automatons or robots who must obey the Divine. Rather, we are created as “other” and gifted with real freedom–freedom to discern and choose. Eriugena would express this paradox, that creation is an aspect of “God-manifested-in-otherness.”3

Centuries later, the Catholic Jesuit theologian Karl Rahner, will develop this idea further in his essay, “Dogmatic Reflections on the Knowledge and Self-Consciousness of Christ.”4 Rahner’s view is that the human Jesus did not “see” God as an object of his awareness. Rather, the “horizon” of Jesus’ consciousness was suffused with the light of the Spirit. In Jesus’s awareness, the Spirit’s Light suffused everything that Jesus saw, heard and touched, and His living in this Light was his way of “knowing” God. Rahner says further–like Eriugena–that this non-objective, nondual way of knowing in the Spirit is a gift of God to all humans who turn in the direction of this horizon. Then, our experience becomes the Spirit’s and not a mere possession of the ego.

4 See Rahner’s Theological Investigations V. Baltimore: Helicon, 1966, pp. 193-215; and also “The Ignatian Process for Discovering the Will of God in an Existential Situation” in Ignatius of Loyola: His Personality and Spiritual Heritage, 1556-1956, ed., Friedrich Wulf, S.J. St. Louis Institute of Jesuit Sources, l977.