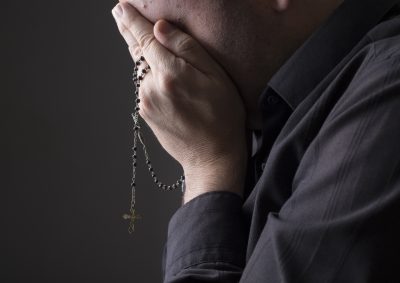 St. John of the Cross was a spiritual genius, an exacting theologian, a compassionate and wise spiritual director and a superb poet. His best known works include The Ascent of Mount Carmel, The Dark Night of the Soul, Spiritual Canticle and The Living Flame of Love. They are all commentaries on his 3 greatest poems: Spiritual Canticle (Cantico Espiritual), Dark Night (En Una Noche Oscura), and Living Flame of Love (Llama De Amor Viva). Dark Night of the Soul is a continuation of the Ascent. John co-founded (with St. Teresa of Avila) the Discalced Carmelite religious order in the 16th century and even though he was sometimes persecuted by religious authorities, he was declared a Doctor of the Church by Pius XI in 1926.

In addition to his major works, many letters to spiritual directees, poems and short spiritual maxims survive. When one thinks of the contemplative journey within the First Person, St. John’s poetry leaps to mind. Here are the first few stanzas of The Dark Night poem:

One dark night,
fired with love’s urgent longings
– ah, the sheer grace! –
I went out unseen,
my house being now all stilled.

In darkness, and secure,
by the secret ladder, disguised,
– ah, the sheer grace! –
in darkness and concealment,
my house being now all stilled.

On that glad night
in secret, for no one saw me,
nor did I look at anything
with no other light or guide
than the one that burned in my heart.

This guided me
more surely than the light of noon
. . . .I abandoned and forgot myself,
Laying my face on my Beloved;
All things ceased; I went out from myself,
Leaving my cares
Forgotten among the lilies1

This is certainly a lovely poem about Divine Love, resonant with the Sufi poems from Hafiz and Rumi. But it is also a record of what St. John actually experienced in his prayerful moments of contemplation. “Going out unseen and by a secret ladder,” describes his intention to let go of all thoughts, images and theological ideas. He wanted to go spelunking in those subtle spaces between his thoughts and memories, into those dark cathedrals of the soul where the only Light that passes through the stained glass is one that cannot be perceived directly by the senses. Going out unseen also points to a completely unselfconscious journey where we are not concerned about what others think and not concerned about what we think of ourselves. When we go out unseen we are no longer watching ourselves.

John’s spiritual journey begins with scripture reading, liturgy and various modes and methods of prayer. So he does spend time with words and images. And he imagines God as a sacred Lover who has gifted us with ancient stories of creation and incarnation as pathways to Herself. But he says that these religious experiences gradually melt away and no longer satisfy the seeker. When this happens one is faced with what looks like a dead end and one can become depressed or hopeless and leave the spiritual path.

But, he counsels: Hang in there. Let the Nothing that you encounter between your breaths and between your thoughts and between your liturgical experiences be a holy Something. Clues, tips, metaphors and morsels of holy Presence begin to appear out of the Darkness like flower petals strewn about on our path into the Unknown.

St. John’s vision of the spiritual journey is developmental. One begins with consoling experiences in nature, scripture, song, and worship, and comforting inward experiences in memories, thoughts, visions and inspiring stories. We need to have these experiences on the way to detaching from the self-centering assumptions of our families and cultures. As one matures, the spiritual journey becomes so nuanced and subtle that we can’t get a handle on what’s happening with our reason alone. Another kind of sight is being cultivated. More and more, one proceeds under cover of the Spirit’s Dark presence. Gradually, one learns to trust walking on an invisible Ground of Spirit and Love. 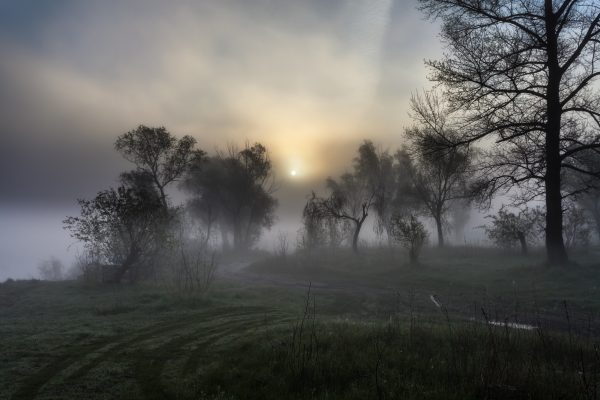 St. John joins in the stream of Catholic spiritual writers since Origen who see the Christian contemplative path developmentally, proceeding through the purgative and illuminative stages to a final union with God. Or, as along a path from lectio to meditatio to oratio to contemplatio. He puts his complete trust in the hope that union with God is possible, even if the seeker might only catch “glimpses” or “morsels” of union in this life. His use of the word “hope” is not the usual one, where a person might imagine a better or more pleasurable reality. His hope is the kind that is distilled out of hopelessness, when there is nowhere else to go, no one else to be, and nothing else that can be done. St. John’s hope is trusting that something immeasurably good is happening beneath the clear, reasonable, and yet ultimately unsatisfying bounds of our daylight awareness and desires. Heartfelt, sincere discipline and clarity of purpose are required in order to arrive at where we already are.

It is said that St. John learned the language of spiritual negativity from Marguerite Porete who had written,

the Unencumbered Soul cannot have but one sole intent.

I said to my soul, be still, and wait without hope
For hope would be hope for the wrong thing; wait without
love,
For love would be love of the wrong thing; there is yet faith
But the faith and the love and the hope are all in the waiting.
Wait without thought, for you are not ready for thought:
So the darkness shall be the light, and the stillness the
dancing. . . .

This paradoxical language is the music of the Creator, the First Person of the Trinity. From this pace in our soul we are free without needing any rational “Why?”