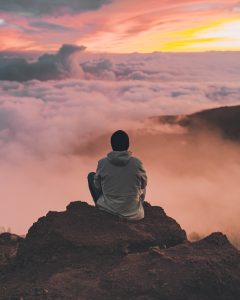 Finally, we consider Thomas Merton’s view of the Holy Spirit and his unique integration of Christian and Zen language for the Third Person of the Trinity. Merton was a Trappist monk who lived at Gethsemani Abbey in Kentucky. He wrote and published his best-selling autobiography, Seven Storey Mountain in 1948–the mountain being the Mountain of Purgatory in Dante’s The Divine Comedy. By 1984 over four million copies had been sold and Seven Storey Mountain is still in print today. Merton lived at Gethsemani for twenty-seven years, until his untimely death at an interfaith conference in Bangkok in 1968. He was just fifty-three years old, but by then he had published about seventy books and many collections of his poems.

Merton’s genius shows up in the depth of his spiritual search, in his ability to so clearly and elegantly express his experience, in his beautiful and harmonious integration of Christian contemplative spirituality in dialogue with other faiths (especially Sufism, Taoism and Buddhism), and in his commitment to social and political action for justice and peace.

In the last ten years of his life, Merton became increasingly interested in the common territory between Christian contemplation, Buddhist meditation and Sufi devotional prayer. His research, through extensive personal reading, and correspondence and visits with various writers and teachers was energized by his faith that the great Abrahamic and Asian spiritual traditions all tapped a universal reservoir of human-divine interaction.

The posthumous book, Merton & Sufism, explores Merton’s increasing interest in the Sufi devotional path.1 Merton’s friendship with Buddhist writers such as D.T. Suzuki led to the publication of several books, including Mystics and Zen Masters, Zen and the Birds of Appetite and The Way of Chuang Tzu. Merton became friends with the Dalai Lama and visited him in 1968 just before Merton’s death. This meeting is recounted in a lovely book– The Asian Journal of Thomas Merton— that includes photos taken by Merton.2 Merton’s deep, intuitive understanding of Buddhist experience enlightened his own Christian faith and caused him to make some fundamental adjustments in his understanding of the Trinity. 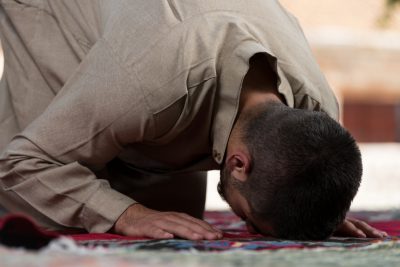 One can find Merton in every Person of the Trinity, in every dimension of consciousness that the Trinity evokes. In the First Person, he allows his whole self to spill over into divine Transcendence. He kneels at his place in the Holy Liturgy every morning, going spelunking for the Divine and his True Self in silence. He sits cross-legged on the grass in front of his hermitage in Kentucky. He reads Zen poetry and allows his mind to revolve with the earth toward the great Unknown beyond the horizon of what he knows. He becomes intimately acquainted with the Zen koan, “What is your original face, before you were born?” And from this deep silence he writes poems in which he is one with the wind, birds, running brooks and slow growing trees all around him. He forgets himself into nature and into the world of suffering around him. Out of his gifted genius he writes with incredible fruitfulness, crispness and clarity as he lives and creates from within his cloud of unknowing.

Merton also gives himself to Jesus Christ, the second Person of the Trinity, the great I-Thou who shows up at a particular time in history to proclaim God’s immediate presence, to give hope and to touch and to heal particular people in his community. Merton reads scripture and chants. He feels that he is participating in the Risen Christ at the daily Eucharist. He speaks in prose, poetry, liturgical song, chanting and deep personal confession to the holy Thou who inhabits every realm in the cloud of unknowing. The holy “You” in his prayers moves fluidly among the First, Second and Third Persons of the Trinity.

For Merton, the third Person is the dynamic, searching, healing and creative Presence who shows up anywhere, anytime, in nature, relationships and community. The Spirit is the overflow of love that moves in the “between” of the First and Second Persons. Merton’s consistent emphasis is on direct experience, and it is the Spirit who reveals the unknown of God and the I-Thou of God from within the world as it is. For him the natural world is becoming visible in each moment because the Spirit is manifesting everything just as it is. He writes that “the Holy Spirit, [is] the mysterious Gift in which God becomes one with the Believer in order to know and love Himself in the Believer.”3 This is an extraordinary statement that follows from St. Paul who wrote that the Spirit prays within us and that “God’s love has been poured into our hearts through the Holy Spirit who is given to us.”4

Merton would say that yes, we, in our particular, created and free selves, choose to pray. We surrender and ask God to live through us and within us. And yet, as we empty ourselves of all attachments to what is not God, we gradually–or suddenly–realize that the Spirit is now praying within us. And, when this happens, we also realize that we are temples of the Holy Spirit, precious embodied locations where God is conversing with God within us, Father with Son, Son with Spirit, Spirit with Father, in the trinitarian dance that we are. Merton would say that we cannot actually perceive ourselves as temples. The word is simply a metaphor, pointing to the holy house of Love that we are becoming. Merton’s Spirit “wants” and intends something: through the Spirit our Creator desires for us to become One with Her. God “wants” to become acquainted with God from within our created lives. For Merton, the Spirit is the vehicle for this continuing incarnation.5 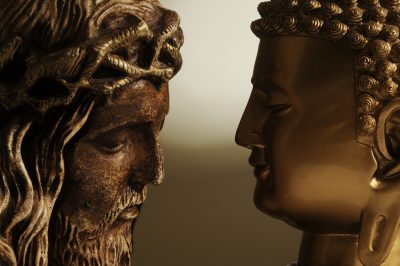 Merton sometimes considers the Holy Spirit to be a holy “other” who is not other at all, but the very fullness of who he (Merton) is and who God is. Sometimes, Spirit is a You to whom he prays, and sometimes, Spirit seems impersonal, as when he is exploring Zen reflections on the Christian life. Merton studied D.T. Suzuki’s book, Mysticism; East and West, and was intrigued by Suzuki’s reflections on the Christian Spirit. Suzuki’s take on Christianity was based on his (Suzuki’s) understanding of Meister Eckhart’s spiritual vision; and Suzuki knew that Merton loved Eckhart.   Both men were drawn to Eckhart’s emphasis on the Eternal Birth, the notion that through the Spirit, the Son loves the Father in eternity and within each person’s heart. Eckhart had said that the Incarnation was not a one-time historical event, but rather that God is giving birth to the Son in each moment in each of us.

In his Mysticism; East and West Suzuki wonders whether it would be right to say that the birth of trinitarian love in a person’s heart, is something like Zen enlightenment. Could it be, he wonders, if the experience of spiritual oneness described by Eckhart in the famous phrase, “The eye wherein I see God is the same eye wherein God sees me,” is a Zen-Christian experience that is actually universal? In Zen, Suzuki says, such an experience could be described as “one mirror reflecting another with no shadow between them,” similar, perhaps to Ruusbroec’s “double mirror.”6

It is unfortunate for all of us that Merton died prematurely, just when he was deepening his ongoing integration of Christian and Eastern spiritualities. Still, one can guess that he would have moved further down the road into his path toward non-dual consciousness, a goal that had already attained. For in the non-dual approach, one can simultaneously experience Spirit as “other” and as “not other,” as distinct but not separate, and as personal and impersonal. Merton’s ability to embrace and to play–in a most serious life-and-death way–with the paradoxes of the spiritual life is what made him a fine poet and voice for justice, and a great spiritual guide.